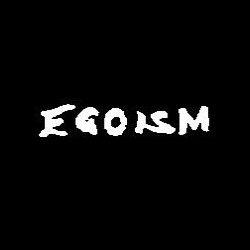 “Ego has a voracious appetite, the more you feed it, the hungrier it gets.” (Nathaniel Bronner Jr)

Your ego is just an idea implanted in your mind. It is poisonous. Your ego keeps driving you madder and madder. – Osho

Egoist: A person who thinks only about himself/herself and
does anything purely for personal gains.

Egotism is “characterized by an exaggerated estimate of one’s intellect, ability, importance, appearance, wit, or other valued personal characteristics” – the drive to maintain and enhance favorable views of oneself.

“In egotism we find the person filled with an overweening sense of the importance and qualities of his personality…the things of the ‘Me.'”[Egotism means placing oneself at the center of one’s world with no concern for others, including those loved or considered as “close,” in any other terms except those set by the “egotist.”

Egotism is closely related to “loving one’s self” or narcissism – indeed “by egotism we may envisage a kind of socialized narcissism.”Egotists have a strong tendency “to talk about themselves a great deal…in a self-important fashion”; and egotism may include “a grandiose sense of self-importance…arrogant, boastful, conceited” and self-promoting even at the expense of others – “refusing to recognize others for their accomplishments.” This conceit is a character trait describing a person who acts to gain values in an amount excessively greater than that which he or she gives to others. Egotism is often accomplished by exploiting the sympathy, irrationality or ignorance of others, as well as utilizing coercive force and/or fraud]

Egotism differs from both altruism, or acting to gain fewer values than are being given – and from egoism, the unremitting pursuit of one’s own self-interest. Various forms of “empirical egoism” can be consistent with egotism, but “egoistic behavior refers to actions that are primarily motivated by self-interest…without [necessarily] having an over-blown sense of self.”

Although “no one really likes criticism because it shrinks our ego a bit, “as a rule and in particular,” egotists do not take criticism well…sometimes display ‘narcissistic rage’ in the face of criticism or insults.”

The Ego and A Spiritual Master’s Role

A real spiritual Master is able to expedite the progress of his/her disciples through their close connection to God and the grace of God.

Spiritual Masters have taught the timeless spiritual truths in a variety of ways, Their teachings reflecting the environment and period in which they live. The seeker who seeks to attain goodness through self discipline must know that the process of inner cleansing cannot be done thoroughly without a Master.

One thought on “The Egoist”