BELIEVE IT OR NOT 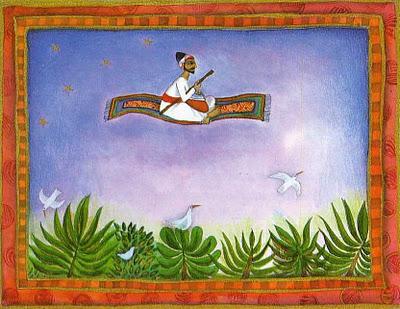 What are Psychic Abilities?

The organization that examines the question of PSI abilities in the most scientific manner is the Parapsychological Association (PA), which is an affiliate of the American Association for the Advancement of Science (AAAS). Within the PA’s online encyclopedia, they’ve published an article by Dr. Mario Varvoglis where he defines “psi” as every kind of unexplainable psychic phenomenon that “seem to be related” to the human mind. He further quantifies that by defining what it means to be “psychic”. Dr. Varvoglis calls it an experience that “must involve” interactions that aren’t the same as our normal methods of interacting with the world around us. In other words, the scientific definition of types of “psychic abilities” refers to those abilities to perceive things about the world through a “sixth sense”. This is why types of psychic abilities are referred to as extrasensory perception.

The following list of psychic abilities make up entire categories of ability. Some psychics claim to have only one of these abilities, while other psychics say that they have several.

Astral projection is the ability to cause your conscious awareness to be in a position outside of your physical body. It is also referred to by the literature as an out-of-body experience (OBE). Experiencers of this psychic phenomenon report seeing their body on an operating table and watching events unfold as medical technicians work to revive them. Some experiencers wake up later and, to everyone’s astonishment, they are able to describe those details to medical staff.

Aura Reading is the perception that allows a “sensitive” to perceive a disturbance in the air surrounding an individual, animal, or object. Auras are defined differently by different people, with some referring to them in the spiritual terms, while some researchers refer to them in purely scientific terms. Whether these disturbances are caused by spirit or by electromagnetic radiation, reading auras is a very common psychic ability.

Automatic writing is a technique that many clairvoyants use to pass information from the spiritual world through their subconscious mind and onto paper. The theory is that the psychic’s hand is ultimately controlled by the outside intelligence.

Channeling is similar to automatic writing, except instead of the outside spiritual intelligence controlling the psychic’s hand, it take over the vocal chords of the psychic. People who have this ability are called “mediums” because they serve as a medium, or vessel, for communication to take place with the invisible entity.

Clairvoyance refers to the capacity of a psychic to see visions of events, people and places that are far away, or outside of the normal perceptual range of the psychic. This is also the form of psychic ability most commonly referred to as “remote viewing.”

Clairsentience is simply the awareness of a fact or piece of information that is hidden from the psychic. For example, if a psychic met someone for the first time and knew their name, or their birthday, this would be an example of clairsentience.

Animal Telepathy is a less commonly known ability to communicate telepathically with animals. Also called “pet psychics,” these people are claimed to have a psychic connection with the thoughts and feelings of animals. Some people believe that people who excel at training animals tend to have this form of telepathy without realizing it.

Divination encompasses the more commonly known activities practiced by most of the commercial psychics such as fortune telling and prophesying. Divination is essentially the ability of a psychic to foretell the future.

Dowsing is an age-old art of using rods or sticks to locate objects. This was a technique used for many decades to locate water. Many older folks swear that it works, but no one can really explain why.

Intuition is an innate “sense” of events, thoughts, activities or feelings of others that are outside of the normal human ability to perceive them. For example, someone with extraordinary intuition may have a very strong feeling that someone they just met has a drinking problem even though the person shows no outward appearance of being alcoholic. An intuitive person has a borderline psychic perception.

Levitation is a rare ability to levitate one’s body above the ground. Levitation is reported in many cases of demonic possession, but it’s also been reported in other spiritual cases, such as the case of St. Theresa of Avila during the 16th century, when witnesses reported seeing her levitating while she was meditating during mass.

Precognition is the ability to foretell the future. This particular form of future viewing involves obtaining specific information about an event, rather than a visual “viewing” of the future.

Psychometry is the ability of a psychic to perceive energies (also called vibrations or impressions) from an object. This ability has been portrayed often in movies and TV shows where a psychic touches an object and receives flashbacks about the person who last touched it.

Pyrokinesis refers to the ability to spark fire with the mind. This is a highly specialized form of psychokinesis. Just because someone has pyrokinetic ability does not mean that he or she has all forms of psychokinesis.

Telekinesis or psychokinesis is one of the most commonly portrayed psychic abilities in the media. It refers to the ability of a psychic to affect or move objects.

Telepathy is the ability to communicate with others through mental thought alone.

Even after many years of research regarding psychic phenomenon, the jury is still out. On the one hand, solid and repeatable evidence continues to elude serious scientists. On the other hand, witnesses report seeing and experiencing psychic phenomenon taking place very often, and psychics can be found in almost every community in the world. While some are surely frauds or magicians, others avoid the spotlight while silently using their psychic abilities to counsel or help others – convincing many people that psychic abilities are very real.