At the dawn of the 6th Century, the Quraysh were the dominant tribe in Arabia. The unprecedented proliferation of trade, science, and arts heralded by the dawn of Islam thrust the Quraysh to a position of international prominence. To this day, the Quraysh occupy a special place in the Arab and Muslim collective consciousness, revered for their inimitable contribution to the development of codes, alliances and practices that continue to shape our world. However, even before being elevated to such lofty heights, the Quraysh were known throughout pre-Islamic Arabia for their strong legal and business traditions.

In the Quraysh experience, the three guiding elements of unity, justice and collective action constituted a comprehensive worldview. Trade, cultural and religious festivals, and the need to co-exist with one’s neighbours, all demanded collaboration, efficient communication, and equitable legal conventions. This in turn laid the foundation for interdependence, and unity.

The very word ‘Quraysh’ is said to come from the Arabic word for gathering or getting together, taqarrush, relating to the efforts to unite the peoples of the Arabian Peninsula. The spirit of taqarrush would prove to be central to the growth of Arab and Islamic civilisations, whereby people of different nations and races where brought together under one banner, exhibiting ‘diversity within unity’.

The pursuit of justice runs deep in Quraysh’s history, as shown by the Fudul Pact (Hilf al-Fudul), a 6th Century bill of rights protecting visiting merchants in Mecca from abuse by the locals. With this, the Quraysh elders established that justice takes precedence over bonds of blood and ancestry. Numerous other Pacts, or ahlaf, offer examples of negotiated conventions addressing different concerns ranging from regulating access to resources, such as water, to the protection of property, and the resolution of social and familial disputes.

Trade protections were a recurrent feature of the pre-Islamic Quraysh. In most cases, the protection was offered to foreign merchants, who shared neither the Quraysh’s language nor their pre-Islamic pagan religion. A frequent statement in the negotiation of these trade conventions was, “Your rights must be equivalent to your responsibilities,” thereby exemplifying the equitable basis of Quraysh’s relations with others.

For many generations, Quraysh tradesmen sold their merchandise only in Arabian markets, mostly in Mecca’s trade-cum-religious festivals. Ultimately, however, the Quraysh convinced the Byzantine Empire to open its markets to Arabian products.

This institutional open exchange, or ilaf, would alter fundamentally the course of history. Not only did it connect Arabian and Byzantine markets, but it also encouraged the exchange of ideas. By the time of their adoption of Islam, the Quraysh, and Arabia itself, were firmly part of a wider world with a myriad of different peoples, languages, and traditions. After the spread of Islam to the Levant, Egypt, and beyond, the legacy of ilaf fulfilled itself through the creation of complex networks of religious and secular interactions throughout the entire region.

Furthermore, the Quraysh dialect of Arabic provided the basis for the lingua franca of what became the world’s largest cultural and economic unit, binding together diverse peoples all the way from the Atlantic Ocean to the Himalayas. Arabic also came to be used by European intellectuals who studied Arab literary and scientific texts, and especially by European merchants who traded with the Arab lands of the Mediterranean. Moreover, the legal, and economic traditions first laid down in Arabia informed and influenced practices and behaviours wherever Arabs, and Muslims were to be found. As such, even though time has seen the political centre of gravity move far from the homeland of the Quraysh, their legacy continues to permeate and guide legal, business, and interpersonal relations across the globe. 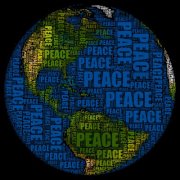 Collective Consciousness, a term used often these days, is a common attitude or thinking or belief of the society or a major part of it for any given topic. The term collective consciousness was coined by a French man Emile Durkheim in 1870s.

Collective consciousness or mass conscious or the common thinking of the population has similar impact on the reality, which may be good or bad for the society. Most experts believe that the reality can be altered by altering the direction of consciousness or the thinking process of the population. However, the most people in world is unaware about this phenomenon and are ignorant about doing anything for the society as a whole. This is known as collective unconsciousness.

There have been several instances where people have practiced collective consciousness to avoid major threats to the society. These instances include Harmonic Convergence, Earth Day, etc. Humans have managed to avoid possible catastrophes through mass prayers and sending positive energy to the universe.

Scientists have been continuously trying to gauge the impact of collective consciousness on the society. On January 23, 1997, scientist tried to measure the effect, when people gathered for the Gaiamind Meditation Event, and the results were positive. Many scientists now agree that the theories that were formed by mystics are true to an extent. The influence of collective consciousness can be experienced on space and time, and positive results can be intentionally brought. 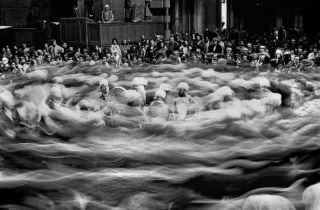 Collective consciousness works on the same principle as mentioned in the law of attraction. The positive series of thoughts create positive energies that are sent to the universe, and the universe responds back in the form of reality. However, any kind of thought is believed to have an impact on the society. Even if the population thinks “we don’t want terrorist attacks’, it attracts such attacks. Hence, any kind of thought, whether positive or negative attracts the mentioned things. Hence, in order to make it a success, people must first understand how it works. And it is not necessary to think together in an event. Each individual, whether in office, home or park, if thinks in the right direction, can attract positive results.