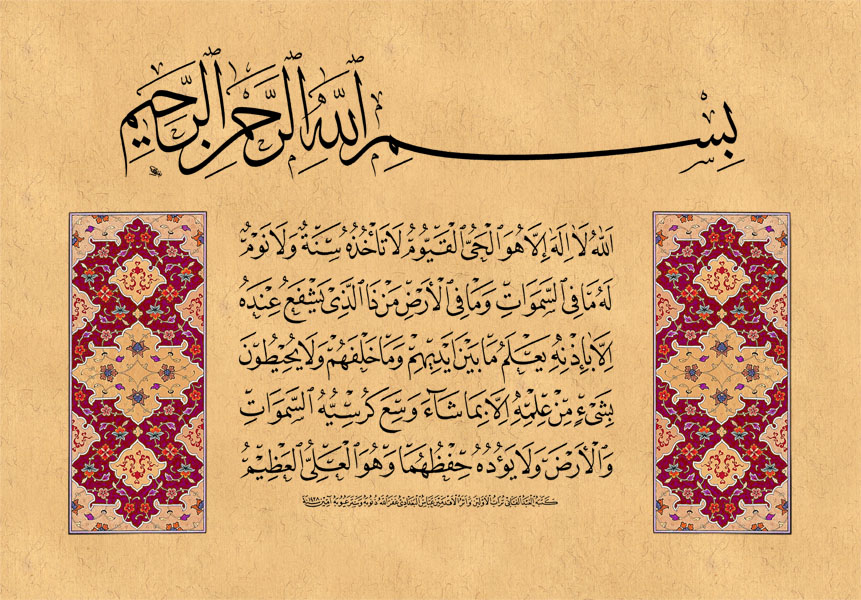 In the name of Allah, the Beneficent, the Merciful.

Allah! There is no God but He,
the Living, the Self-subsisting, the Eternal.
No slumber can seize Him, nor sleep.
All things in heaven and earth are His.
Who could intercede in His presence without His permission?
He knows what appears in front of and behind His creatures.
Nor can they encompass any knowledge of Him except what he wills.
His throne extends over the heavens and the earth,
and He feels no fatigue in guarding and preserving them,
for He is the Highest and Most Exalted. (Quran 2: 255) 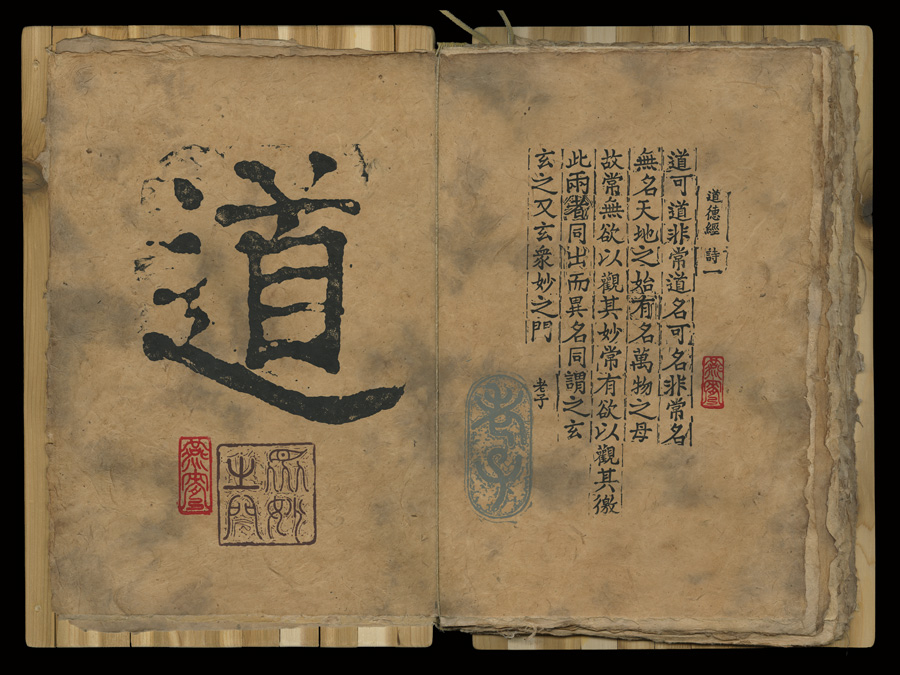 The Name that can be named is not the true Name

From non-existence were called Heaven and Earth

From existence all things were born

In being wthout desires, you experience the wonder

But by having desires, you experience te journey

Yet both spring from the same source

And differ mostly in name

This Source is called ‘Mystery”

The womb giving birth to all of being( Tao Te Ching)

In reality, however, God does not have an image because He has no form, only an emanation of power which is called HuThe practice of Dhikr is formulated o bring us back to the awareness of Hu, the Soverin , Most High, who governs and encompasses all.

“Sound is the Medicine of the Future” (Edgar Cayce)

The Supreme Being has been called by various names in different languages, but the mystics have known him as Hu, the natural name, not man-made, the only name of the Nameless, which all nature constantly proclaims. The sound Hu is most sacred; the mystics call Ism-i Azam, the name of the Most High, for it is the origin and end of every sound as well as the background of each word. The word Hu is the spirit of all sounds and of all words, and is hidden within them all, as the spirit in the body. It does not belong to any language, but no language can help belonging to it. This alone is the true name of God, a name that no people and no religion can claim as their own. This word is not only uttered by human beings, but is repeated by animals and birds. All things and beings proclaim this name of the Lord, for every activity of life expresses distinctly or indistinctly this very sound. This is the word mentioned in the Bible as existing before the light came into being, ‘In the beginning was the Word, and the Word was with God, and the Word was God.’

The sound HU becomes limited in the word “ham”, for the letter “m” closes the lips. In Hindustani this word expresses limitation because ham means “I” or “we,” both of which words signify ego. The word “hamsa” is the sacred word of the yogis which illumines the ego with the light of reality. The word “huma” in the Persian language stands for a fabulous bird. There is a belief that if the “huma” bird sits for a moment on someone’s head it is a sign that he will become a king. Its true meaning is that when a person’s thoughts so evolve that they break all limitation, then he becomes as a king. It is the limitation of language that it can only describe the Most High as something like a king. It is said in the old traditions that Zoroaster was born of a “huma” tree. This explains the words in the Bible, “Except a man be born of water and the spirit, he cannot enter the kingdom of God.” In the word “huma”, “hu” represents spirit, and the word “mah” in Arabic means water. In English the word “human ” explains two facts which are characteristic of humanity: “hu” means God and “man” means mind, which word comes from the Sanskrit “mana”, mind being the ordinary person. The two words united represent the idea of the God-conscious person; in other words HU, God, is in all things and beings, but it is man by whom He is known. “Human ” therefore may be said to mean God-conscious, God-realized, or God-man. (Hz. Inayat Khan-Mystic)

” The true healing power of sound comes from the chanting of harmonics”. Pir Vilayat Khan

The sound of the abstract is called Anahad in the Vedas, meaning unlimited sound. The Mystics name it Sarmad, which suggests the idea of intoxication. The word intoxication is here used to signify upliftment, the freedom of the soul from its earthly bondage. Those who are able to hear the Saut-i Sarmad and meditate on it are relieved from all worries, anxieties, sorrows, fears and diseases; and the soul is freed from captivity in the senses and in the physical body. The soul of the listener becomes the all-pervading consciousness, and his spirit becomes the battery which keeps the whole universe in motion.

Some train themselves to hear the Saut-i Sarmad in the solitude on the sea shore, on the river bank, and in the hills and dales; others attain it while sitting in the caves of the mountains, or when wandering constantly through forests and deserts, keeping themselves in the wilderness apart from the haunts of men. Yogis and ascetics blow Sing (a horn) or Shankha (a shell), which awakens in them this inner tone. Dervishes play Nai or Algosa (a double flute) for the same purpose. The bells and gongs in the churches and temples are meant to suggest to the thinker the same sacred sound, and thus lead him towards the inner life.

This sound develops through ten different aspects because of its manifestation through ten different tubes of the body; it sounds like thunder, the roaring of the sea, the jingling of bells, running the water, the buzzing of bees, the twittering of sparrows, the Vina, the whistle, or the sound of Shankha until it finally becomes Hu, the most sacred of all sounds.

This sound Hu is the beginning and the end of all sounds, be they from man, bird, beast, or thing. A careful study will prove this fact, which can be realized by listening to the sound of the steam engine or of a mill, while the echo of bells or gongs gives a typical illustration of the sound Hu. Hazrat Inayat Khan

“When the Sheik arrives at his post, he bows, sits on the post, and kisses the floor. All the turners sit, and their cloaks are put on them by those who did not turn in the fourth selam. They have returned to their tombs but in an altered state. The Sheik recites the Fathia, the first sura of the Koran, and all the dervishes kiss the floor and rise. The Sheik then sounds a prayer to Mevlana (Rumi) and Shams Tabriz and begins the sound “HU”. The dervishes join in sounding the “HU” which is all the names of God in one.” Shems Friedlander

Just as many traditions believe that the “OM” is the original creative sound, there are traditions that believe that this energy may be attributed to another sound—the “HU”. In the Shabd Yoga traditions, including Master Path and Eckankar and in the mystical Islamic path of  the “HU” is considered to be the highest vibratory mantra that can be sounded. Chanting the “HU” is said to lead one to transcendence—to God realization and enlightenment.
“HU” is believed to be the universal name of God, which is present in every existing language. The “HU” sound has been described as many things from the buzzing of bees to the rushing of wind to the flute of God. It is said to be present in the words we speak, in the sounds of animals; that it is the wind in the trees, the rushing of waters, the roaring of water falls, the beat of the sea against a beach—that it is everywhere, in every plane.
Like the “AH” and the “OM”, the “HU” may be perceived of as a seed syllable. Depending upon its pronunciation, it may also be perceived of as a vowel sound—the “U”. The “HU” creates extraordinary energy for balance and clearing. Many believe it activates both the heart and the crown chakras. When sounded together in a large group, it is extremely powerful and transformative. Jonathan Goldman