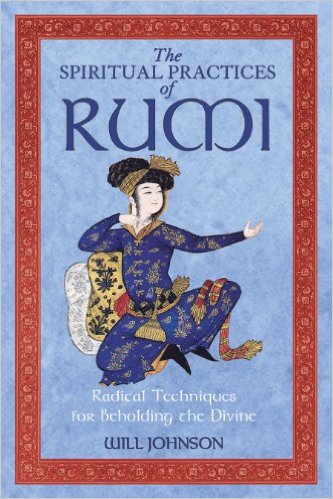 This book, The Spiritual Practices of Rumi by Will Johnson, was THE book which presented itself days before I was to meet my Twin Soul. This book brought to light the spiritual relationship of Mevlana Jalaluddin Rumi and his teacher Shams e Tabrez. In it, Johnson exposes the symptoms of the soul friend. All that he discussed and brought to light,  I was literally experiencing in real-time. It was the most surreal experience. The book akin to a dream. Life became the book. The book became Life.  From feelings of unexplainable affinity, sharing and multiple synchronicities, I realized mid way through the book that this individual was me in another physical form. “Like a split embryo” I  would jest without realizing how weighty the statement was. As far back as grade one,  I recall my librarian gifting me with ‘Mitchell is Moving’ by Majorie W. Sharmat. This  book was about two dinosaur friends who lived ‘next door‘ for ages, then split after Mitchell moved and ‘weeks’ later both were reunited. In retrospect, it seems to me that the time-lapse where the two friends reunite is symbolic to the theme where connected souls are never separate. Time is simply a veil. The weeks of separation, as described in the book,  represent an incalculable measure of time.  Are you really separate from those you love? Is there separation where hearts are in sync? Does physical proximity determine true connection? These were some of the lessons learned when I was to become Margo; The Rumiosaurus who never moved. It was Mitchell who moved and caused Margo to evolve and turn (no pun intended) into a Rumiosaurus. This was the first foreshadowing of the experience I was meant to realize.  This book remained with me for three decades until I sent it over to Mitchell or Shamsosauraus.  This Shams I speak of too left like Mitchell, let’s just see for how long. Does time matter? Lesson: Detachment. Separation is a mirage.

A  year later, in Grade two, I received my first Cabbage Patch; the adored doll for all little girls of my era. My parents had booked the doll through Sears and I awaited eagerly for its arrival; my twin?  When the cutest doll arrived,  I discovered her birth certificate had the same name as mine. The Twin Tale begins.  Was this another clue of the mysterious twin soul journey?  Well in my story, yes. Tragically, this doll too I kept for a number of years thinking I would pass her down to a future child. Lo and behold, she was inadvertently placed in the give-away items during a move. Lesson: Detachment.  Cabbage Patch left yet, her story lives on, so is she actually gone?  What is more important: That what lives in your heart or a fleeting love? Spirit is eternal. Spirit lives on.

Now going to back to Will Johnson’s book; an updated version of my dinosaur tale, I had decided to connect to the author and actually share what I was experiencing. This twin -friend, mentor, sister and very mystical persona was a Shams in disguise. Had I figured it all out? Maybe. In fact, I would utter this all the time to “Shams”. And it would end up in endless laughter tainted with, ‘could she be’… Well one thing for sure, she was the catalyst which mirrored my own reality and set me in alignment to my calling. Likewise, as poetry evolved as an outpouring of our exchange, she would  hint that there is a Rumi within you. And I suppose, based on Johnson’s book, I was more in resonance with Rumi’s personality as opposed to Shams; someone who befitted her better.  Now fast forwarding, Shams delivered all the lessons she had to to Rumi and then, typical of all Shams’, she disappeared like vapour. Very common in  Twin Soul relationships. I was to now find myself without a reflection and apply all the lessons learned. In the process many things happened. Life happened. Looking back, it feels like yesterday. There is no sense of actual separation. The only reality is now. There is nothing but now  that exists. We paint our own reality. We tell our story. This is a story from my Story.

There is no better medium to see yourself than through a mortal. For millions of seekers over the ages, the Way to Divine Love through dissolving of oneself through love in The Mirror, was the Way. The Mirror we speak of is not confined to a particular individual. This mirror becomes a causation of seeing everything and everyone as a mirror reflection..a shift in perception brings you to a conscious realization that all that we perceive is our own mirror reflection and there is no way more exalted except through the lens of Love. The Mirror is a representative of Divine Love at your door. This shift in awareness brings you into a state of harmony with One; with All. A Monistic view that All is One and One is All. All is a reflection of One, One is all. A total annihilation of the self to Love, surrender to Love, becomes the preferred path, the way to live, the way to bliss. Love on the highest frequency brings you to a state of love which  cannot be described in earthly terminology. It is selfless, unconditional, and without ego. I becomes estranged. It becomes detested.  One becomes watchful of the I games through many guises including story telling and tales. It comes unannounced and is a Master Trickster. Could love transform the heart to loyally love, eternally love and place one in confinement to a place where Love exists only through physicality? Love too says, I am beyond physicality. I am unconfined, beyond mind, logic and reason. Yes, Love Can.

There is no way more exalted except through the lens of Love.

Love too says, I am beyond physicality. I am unconfined, beyond mind, logic and reason. Yes, Love Can.

When Shams disappears from your life, the effect is like a trailer of the Isra And Mirage (The Prophetic Journey and  Ascension). You are brought into a  state ONE or Fana through love and upon descent from the state of ascension/Fana, one arrives to a state of Baqa; a separation, back to oneself; individuality /duality). The Prophet Mohammed (S) returned from His Lord Most High to mortals in order to carry out his responsibilities and service. It is the highest stages of Fana where one is spiritually dressed in Divine  Attributes.

Having thus been endowed with Divine Attributes, the seeker is fit for Divine Vicegerency and is sent back  to carry out his duties. However his return is not the same as he was before. Rather graced and strives for both Fana and Baqa during his visitor status on this plane.

Fana is a gateway to Baqa. Fana is necessary to experience Baqa.  You are never separate. Separation is delusion. Through the moments spent in the veil of separation, every moment becomes a tribute to Fana. How can one understand the most sought after station which  Mustafa the Beloved (S) was given privy to, without experiencing a trickle from the Ocean of Love?  This simply cannot be digested or grasped without the experience and if one claims experience then that too may be a state of delusion. There is no real knowing of reality. If one speaks, it may be fable. If one claims, it may be an interpretation of his own story. If one loves, stays in love and becomes love, then one has experienced. Love is the ultimate experience.

Yesterday, a seeker had asked a question which lead to a discussion on the Rumi Shams Phenomena. In response, I shared the title of Will Johnson’s book so that perchance she too may find what she seeks after studying the same. Apparently yesterday was January 11 or 111. 111 appears many a time in this blog unveiling experience of 111 in connection to  the Twin Soul Phenomena. I consciously realized late night that it was 111 and here I am again speaking on the subject and that the talk on the subject was certainly no coincidence.

What you seek is seeking You.- Mev. Rumi

A lonely traveler strolled along a shaded pathway

Fatally she gasped for air

The moment of awakening

A shaded path with no road signs

You came and left without notice

Alone again upon this path