Excerpts from
“Only Your Thoughts Can Upset You” by Terry Winchester

We are all subjected to the law of cause and effect.
In the East they call this the law of karma which means that, for every action, there is an equal and opposite
reaction. Every thought you think has its consequences. This is the creative
principle that makes the world go round. However, your True Self is beyond
karma because it is beyond thought. Until such time as we learn to be in the
world and not of it, we are under the influence of karma and must learn the
lessons that it brings. The ultimate lesson karma teaches is that the world
that we perceive with our minds is simply a figment of our imagination.

them meaning and this meaning does not exist in the world

Our karma, or
perceptions, set up an endless cycle of birth and death that continues until
one day we step back and realise the folly of our ways. We then transcend the
illusion of who we thought we were and are reborn into the Truth. All our karma
or sins are transcended and we find permanent peace.

Unless you be reborn, you
shall not enter

into the kingdom of heaven.

There is a difference between a reaction and a response. A reaction is when you
instantaneously react to a situation with anger or excitement. A response is
the acceptance that everything is okay. Let it be. It’s all perfect. Honour
whatever happens—it is the perfect outplaying of your thoughts or karma. By
doing this you are taking responsibility for your predicament and therefore are
able to learn your lessons and move on. There is always a pause before you
respond—whereas a reaction is instant. Any reaction will create more karma,
because you do not see the relationship between your thought and its results.
You therefore blame something or someone else. By doing this you dis-empower
yourself and create more karma. You choose to be a victim.

There are no coincidences

There are no chance encounters. Each person who comes into your life is there for a reason. They
have something to teach you, and you them, although they don’t usually know it.
Every time you react and call forth the fight or light principle, you have
blown your opportunity to be free. It might be lifetimes before the Universe
can arrange another opportunity. So start to honour your predicament. Be aware
of the fact that everything that is happening to you, is an opportunity for you
to take responsibility and grow.

The amazing thing is, even if you ‘blew it’ in the past and didn’t take responsibility for what
was happening to you, it is never too late to learn. Although the latest
psychology will try to uncover the original reactive pattern, this is not
necessary because you can work with the updated version.

Every encounter with every person presents you with an opportunity to see if you are labouring
under any misperceptions. You have an opportunity to clear your old faulty
thought patterns. When you realise this, your whole attitude changes and you
begin to welcome whatever comes your way, no matter how horrendous it seems to
be. You lose your job—“Thank you.” Your wife runs off with your best friend—“Ah
so.” Your house starts falling apart—“Okay.”

Everything that happens to us is the outplaying of our past thought patterns. If you do lose
your job and pause to look back over the recent months—you will see that things
were not going well for whatever reason. It was time to change. That job was no
longer serving a useful purpose. You are ready to move on to better things.
Likewise if your wife runs off with your best friend, pause, and look back on
the stress and heartache you have both been through. If you were not suited and
the relationship was not going anywhere, then it would be better for all
concerned that you move on. If ‘indiscretion’ was forgiven, it could take the
relationship to a new level. Either way, at the end of the day it is all
perfect because nothing real has been threatened.

If you get angry because the builder rips you off and you curse and swear at him, even if it is
just in your mind, you are creating karma. You don’t have to be upset. If he
did rip you off, you have the law courts as a remedy. Whatever the case, you
have attracted him into your life and need to learn whatever it may be that
this situation has to teach. If he did rip you off and gets away with it, you could
look at it as a previous debt that you are now repaying. He will also get what
is due to him because whatever you do unto others is done unto you. It is all
perfect—so why worry?

You might ask, “How can you say illness is perfect?” Illness is perfect because it is showing you
that you have misperceived and distorted the natural balance of energy in the
body. It is essential that your body feels pain and distress so that you are
warned of the dangerous negative thoughts you are entertaining. The dis-ease is
a perfect manifestation of your misperception. Any illness even if it is viral
or bacterial is the manifestation of your karmic predicament. This is due to
the fact that your faulty thought patterns, over many years, weaken the immune
system making you vulnerable to attacks from germs and viruses.

You choose to be sick

If you don’t deal with your problems or misperceptions, the patterns just keep repeating
themselves. You will continue with your disease or disorder until you decide to
change your mind. Something like cancer is a perfect example of a manifested
misperception. It is something which eats away at you, like anger and
resentment. When you have negative emotions, the chaos that results reflects in
the cells of the body. Dis-ease means to be stressed. The body will be out of
harmony because your thoughts are out of harmony. Sort out your faulty thoughts
and health and harmony will return to the body. Only your mind can be sick and
you can learn to change your mind.

Sickness is my choosing to
be separate from the True-Self

Although we say that you choose to be sick, it is obvious that no-one in their right mind would
choose pain. You were obviously therefore in your wrong mind. Choice implies
that we are aware of what we are doing when we do it. When someone is in their
outer conscious level of mind, they are not aware of the fact that their
thoughts are creating their reality, so we cannot really say that they
consciously chose their sickness. Their sickness is the result of their thoughts
but they are unaware of what they are doing to themselves.

“It is our deepest desire to abolish the enslavement of women from men and the self.

This era is for us, the tables shall completely turn in our favor. We women shall achieve this through spiritual empowerment; thus be free spirits and regain our true identity. When Divine Feminine Energy is activated on a mass scale, the world shall see real change.” (Qudra Healing) 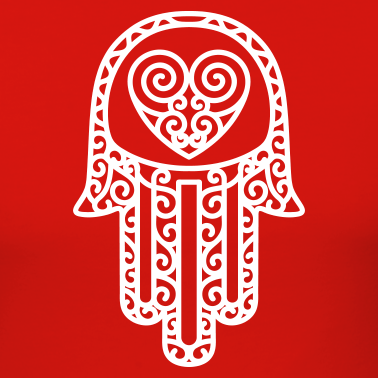 We live in an era of explosive change encoded in the heavens and foretold in the prophecies of spiritual traditions around the world.

A wave of evolution touches all areas of our world and our lives, from climate change and economic freefall to politics, business, medicine, the arts, religion, education and science. This magical moment in Earth’s history is a turning point, a time of shifting consciousness filled with quantum possibilities for transforming our lives and our world. In an earlier post I spoke about the Feminine Energy Shift currently taking place globally, heralding a transformation from the old patriarchal paradigm to the ‘new’ feminine consciousness.

They say that the shift meant winds blew off the continent more often, cooling the sea and creating more ice. Sea ice around Antarctica has expanded at a rate of around 100,000 square kilometres per decade since the 1970s, and now covers an area of about 19 million square kilometres at its winter maximum, doubling the size of the continent. By contrast, summer sea ice around the North Pole shrank in 2007 to the smallest since satellite records began in the 1970s.

The feminine principle is more about: nurturing others rather than focusing singularly on one’s own needs (e.g. questioning corporate high flyers taking the cream off the top and calling for equality in wealth-sharing),

connecting and networking with others rather than competing against others (NB. the power of the internet to connect people),

conserving resources rather than expending them (the environmental duty of care as opposed to mindless plundering of planetary resources) a desire to move towards peaceful global co-existence rather than war and destruction instigated by wealthier nations flexing their power hungry muscles and territorial skirmishes.

“This new research helps us solve some of the puzzle of why sea ice is shrinking in some areas and growing in others,” says John Turner of BAS and lead author of the report, which appears in the journal Geophysical Research Letters.