It is said when one enters into the presence of Wise Ones, it is best to remain still, silent and keep all our faculties o p e n to receiving. The Oceans of the Unknown are such that these select individuals being transmitters of the latter are vessels which pour into hearts knowledge which books fail to transfer.

This was exactly my personal experience when I entered into the presence of Alchemist and Atlantean healer, Yasmine Fat’emi. A sense of sacred silence overtook me and I became silent in attempt to mentally conjure a discussion which could not happen except through the mode of active listening. While listening, a stillness descended which simply kept me in a state of “keep listening-hush”. The feeling was profound and it happened every time I was to meet her over the following weeks. Ancient wisdom, when uttered through a Wisdom Teacher basically brings one into a resonance of past, present and future seamlessly hemmed by the finest dress maker. One may ponder or doubt the authenticity of healers in general yet to discover one, one must simply feel it. A seeker’s heart is her compass and greatest tool of discernment. Usually those with blockages, cannot pass the veils which technically remain, unless the false idols within our heart are abolished. Our mental images, expectations and understanding through false idealism, creates mind fog, eyes with blurred vision and a heart whose language becomes dysfunctionally inconsistent to the intellect; mumble jumble.

When one is in the care of a Master of Love, her pledge and allegiance to Love, will  bring her to people, places and situations where Love prevails. Thus introductions to Wisdom Masters is a byproduct of one’s Master’s care. Verily the journey began with Love and ends eternally in Love.

Interesting dream work opened up after my meeting with Yasmine Fat’emi. Some of which I will share below. Crystal healer, Fareen Dean, who was my travel partner to Yasmine, also shared her dream with us, which we share below. With the rise of the Divine Feminine, an increase of female healers being guided through Atlantean tools has become a common factor. The same are brought together in order to learn, work, heal and spread Light. Again, the purpose of sharing such  dreams to shed light on healing work in our current region; Middle East.

I had an interesting dream the other night and I felt like sharing with you…I was walking and came across a village and there were small shops one beside the other…There was also a cave among the shops and I decided 2 go in while other shop keepers were inviting me 2 come 2 their shops.. Right when I entered the cave, I saw to my amazement every type of beautiful gemstone studded on all the inner walls of the cave ….They were gleaming so brightly, dazzling like diamonds. I couldn’t take my eyes off of the mesmerizing sight then I was given some form of foreign currency and told I can buy which ever I liked as many as I wanted.  I couldn’t believe it!

July 2015-Last night right before Fajr (dawn prayers) I saw Qudra doing healing on you and your family.  On her were clear quartz crystals , I saw X in my dream as well. Holding a quartz crystal towards the skies, Qudra then mentioned to me pointing to the heavens that a special light energy and or force field is entering our planet from many sources… in order to help all those who seek, and that they shall receive from the barakah/blessings  of Lady Fatima and Lady Zainab. Qudra and I then looked on into the skies while in the state of meditation.

I’m somewhat foggy on recalling..however I can clearly remember I was in a room which had multiple white shelves around it. On these shelves were crystal of all sorts. I was in awe at looking at them, touching them and even naming some of them. As if someone else was with me, I recall naming aloud the crystals. I saw a lot of clear white quartz-like crystals and rose quartz. They were in the form of raw crystal as well as  imbedded in rock. In the dream, one of my cousins who too is a healer, Mohammedi Karim, called me on the phone and I recall telling her I am in a place of crystals which belong to a healer friend named Yasmine. That is how I knew the place and crystals were yours. -Qudra 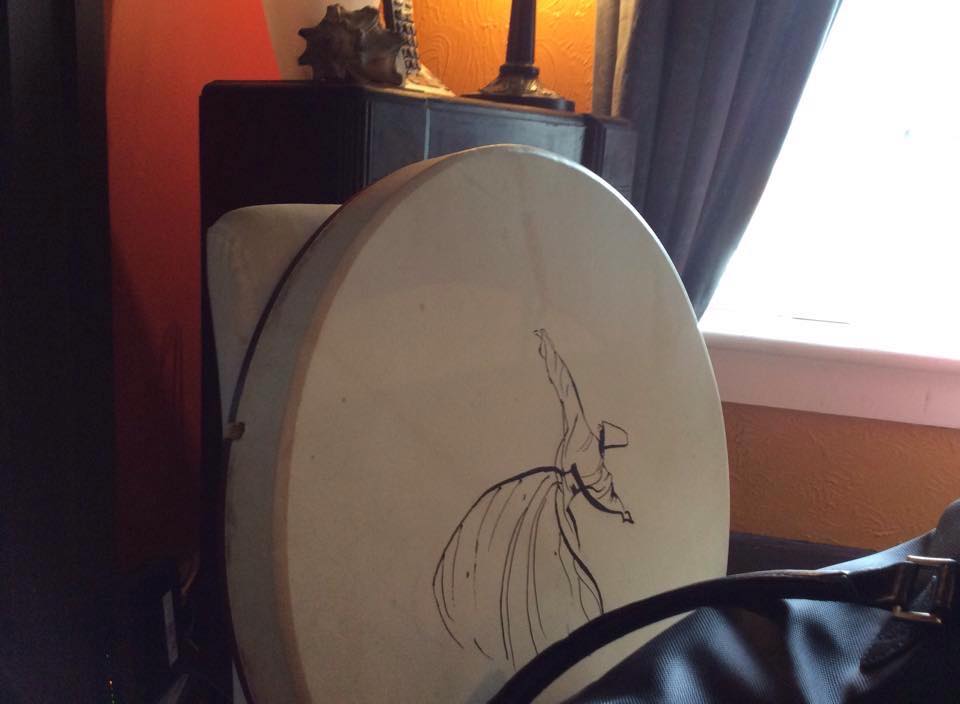 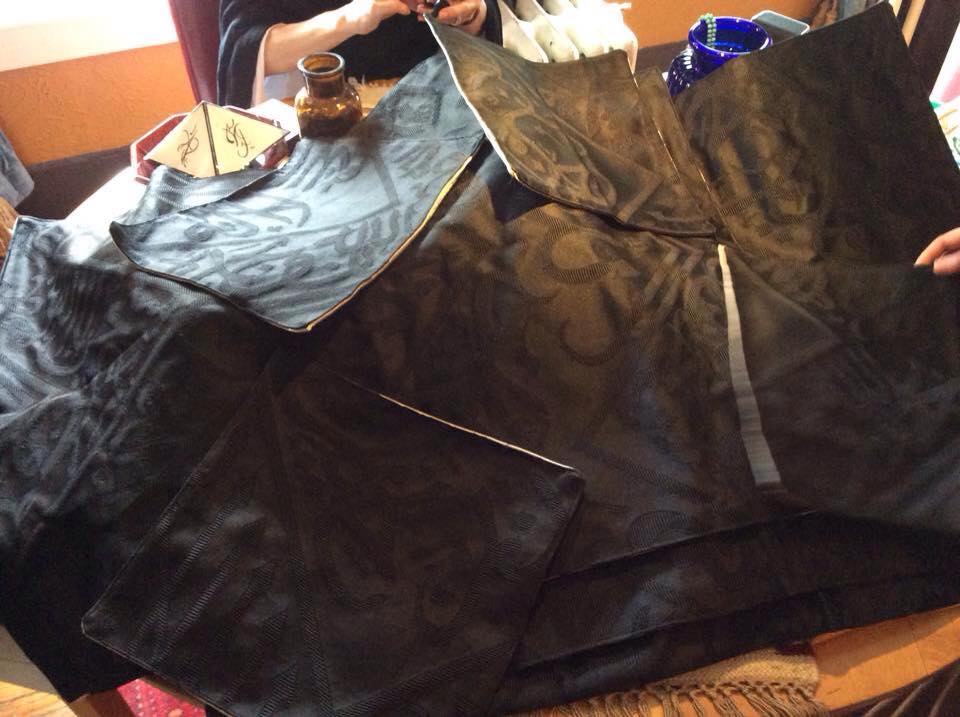 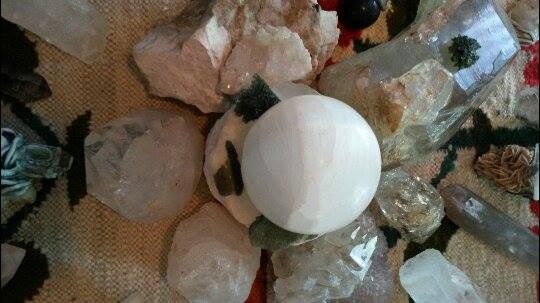 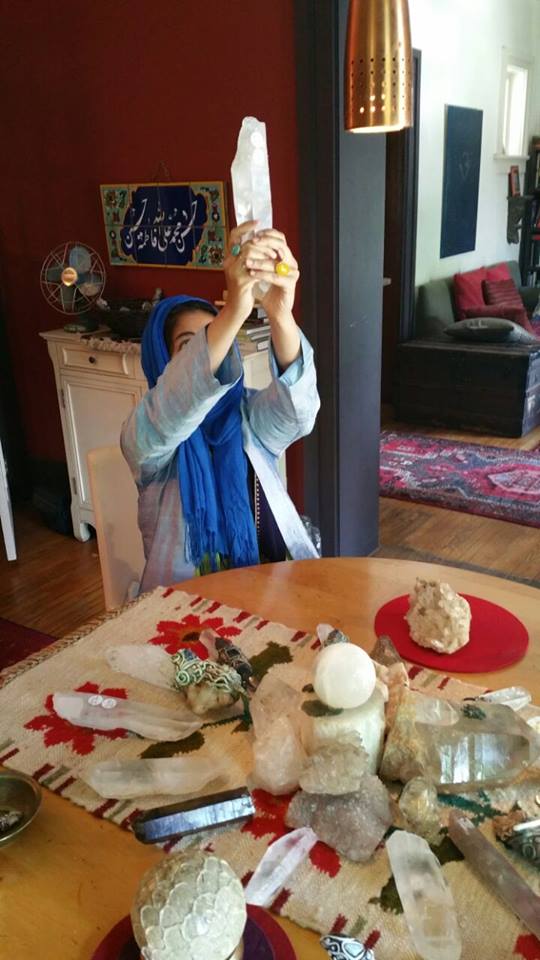