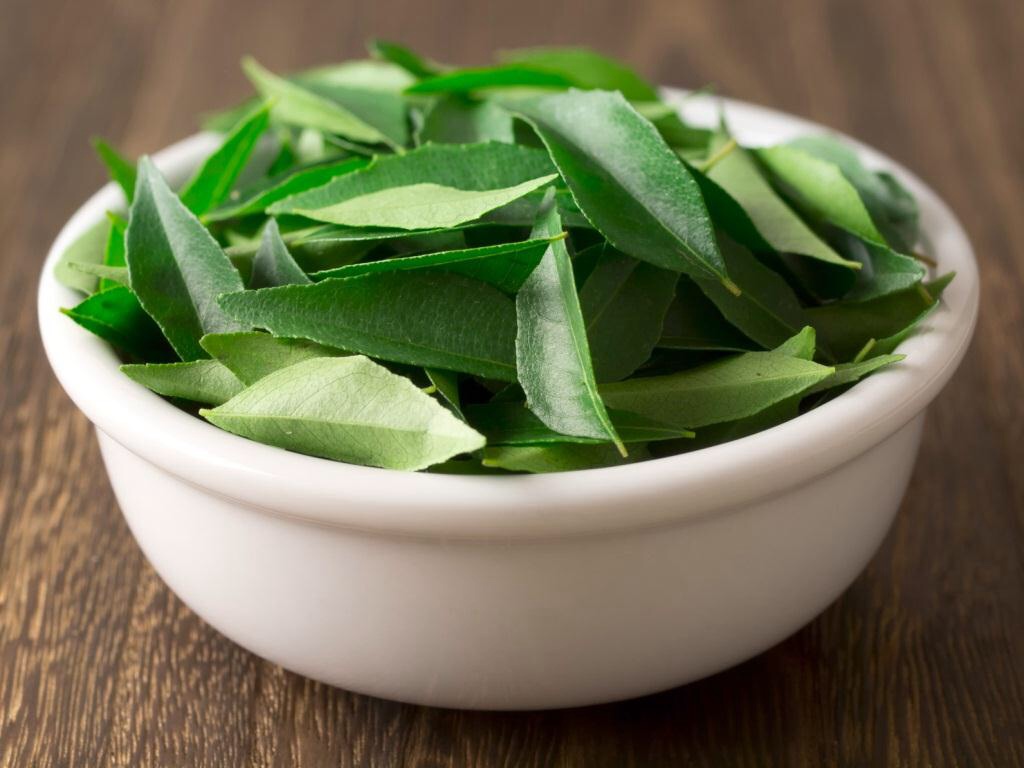 A restless night, it was about 3 am when I recall a whisper, “neem powder”. That is all it took to trigger my interest in this magnificent tree. I ordered  neem leaves days later and came across an insightful video on the benefits of Neem which we  gently share below. Upon seeing Neem twigs in another video, I  recall thinking, “Yes, must get those too!” Hours later, I found a neem twig “tooth brush” in the outdoor basketball court. Picked it up as a souvenir. The Neem quest continues..I hope to meet Hakeems in India who will educate me further about this ancient gift to man. Below are some facts and benefits of Neem. This personal experience was shared for the benefit of the reader. This information is not intended for use in the diagnosis, prevention or cure of any disease. If you have any serious, acute or chronic health concern, please consult a trained health professional who can fully assess your needs and address them effectively.

The Neem (Azadirachta indica), an Indigenous tree of India & burma, is a tropical evergreen with a wide adaptability and an incredible plant that has been declared the “Tree of the 21st century” by the United Nations. Being one of the most time tested and proclaimed medicinal herbs in Ayurvedic medicine, it gained innumerable names like “Divine Tree”, “Life giving tree”, “Natures Drugstore”, “Village Pharmacy” and “Panacea for all diseases” owing to its medicinal properties. Ayurvedic lexicons have cited the use of every part of this divine medicinal herb which proves that it is one of the Antique herbs known to mankind with a history of usage dating back to more than five millenniums. Since the vedic period, many classical lexicons have highlighted the use of this plant to prevent diseases in human & other cultivated crops.

The oil is derived by crushing the seeds. Like the leaves, Neem oil is used to treat skin problems. It is especially effective in treating head lice and dandruff, and creates a purifying effect when used in aromatherapy.

Neem leaf  has both pungent and astringent tastes. According to Maharishi Ayurveda, the Neem leaf is especially useful in balancing Vata disorders. It removes ama and other toxins from the body, purifies the blood, and neutralizes damaging free radicals. It is nourishing to the hair (keshya).

Neem leaf is also revered for its antibacterial and antiviral properties. Even today in India, people sprinkle fresh Neem leaf near the beds of patients with flu or fever, and hang a cluster of leaves on the door outside. The air that crosses the neem leaf is purified of viruses and bacteria, helping to disinfect the room and prevent the spread of disease.

Probably the most common use of Neem bark is to clean the teeth. The traditional method is to snap off a twig of the tree and chew on it. The astringent qualities of the bark prevented bleeding gums, tooth decay and foul smell long before the advent of toothpaste.

Used by hakeems and sages for over centuries, this magical tree is an all in one heavenly gift to humanity. 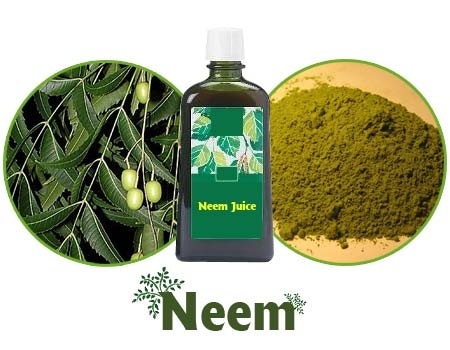 In the Arab world, Turkish baths (hammams) are visited weekly by much of the population. Although poorer people depend upon public baths for basic bathing, hammams are valued by all social classes for deep skin cleansing and exfoliation. 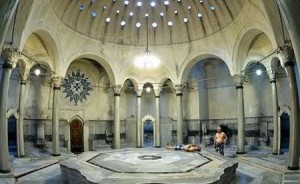 Sitting in a hot, dry sauna or hot, humid steam room offers a number of health benefits. These include:

The combined high temperature and steam in a wet sauna, steam bath or steam shower are good for the skin. They help to:

Scrubbing with a loofah or exfoliating gloves immediately after steaming will remove any dead, dry skin which has accumulated, leaving skin glowing, smooth, and soft.

Use of Saunas in Holistic and Natural Medicine

Natural, holistic and alternative medicine practitioners have long recommended saunas and steam rooms as detoxification treatments and to promote mental well-being. They are also used to treat pain and inflammation, as well as a variety of medical conditions such as skin problems, asthma, bronchitis, rheumatoid arthritis, fibromyalgia, high blood pressure, and muscle and soft tissue injuries.

Although a 30-minute session in a sauna or steam room is safe for most people, prolonged exposure to high temperatures and steam may cause faintness, dehydration, overheating and even rare sudden death in some people. Pregnant women, very young children, and those with cardiac problems, low blood pressure, diabetes, and other health conditions should use saunas only under the advice of a physician. The use of alcohol, drugs and some medications may also increase risk to some people.

Want to try a steam bath in the privacy of your home? See How to Take a Turkish Bath (Hammam) at Home.

This article is for informational purpose only. Check with a physician before using a sauna, steam shower, steam room or steam bath.

The hamam, or Turkish bath stands for far more than getting a leisurely bath or cleansing. It is a rite and a ritual in which the elements are harnessed for the cleansing and purification of the body. Since it’s creation, the Turkish bath has been much more than just a place to cleanse the skin. It was intimately bound to everyday life, a place where people of every rank and class, young and old, rich and poor, townsmen or villagers, could go in freely. Women as well as men frequented the “hamam”, as the bath is known in Turkish, although of course, at separate hours.

There were reportedly four thousand five hundred and thirty six private and three hundred public baths in Istanbul in the 16th century. The hamam once provided the only avenue for socialising, especially to women, who were otherwise restricted to the home. In fact it played such a crucial role in the lives of Ottoman women, that it is rumoured that women who did not receive their biweekly allowance from their husbands to go to the hamam were entitled to a divorce! Stories about young Tellaks (male masseurs) turning the head of their customers and providing them with many side benefits are based on real life events.

A range of equipment was part and parcel of the hamam visit in the old days. Even until recently at least fifteen to twenty bath articles are included in the bundle carried by a woman on her hamam visit.

The “Pestemal” a large towel fringed at both ends and wrapped around the torso, from below the armpits to about mid-thigh, used when the bather made her way to the “Kurna” or marble basin. The Pestemal is either striped or checked, a coloured mixture of silk and cotton, pure cotton, or pure silk for the well-to-do ladies.

A pair of wooden clogs, in Turkish “Nalin“, of which there were many varied types. Carved exquisitely, these “Nalins” kept the bather’s feet clear of the wet floor. They were embellished in a number of ways, most often with mother-of-pearl, or sheathed in silver. Some of them had jingles, or were appliquéd with felt or brass.

The “Tas” is the name given to the bowl used for pouring water over the body. The “Tas” was always made of metal with grooved and inlaid ornamentation. Silver, tinned copper or brass were used in the making of the “Tas”

A soap case of metal, usually copper, with a handle on top like a handbag, and perforated at the bottom to allow water to run out was also part of the hamam paraphernalia. The case not only carried the soap, but also contained a coarse mitt for exfoliating the skin, a weave of date palm for lathering the soap, and a collection of fine and broad-toothed combs made of horn or ivory.

The “kese” that rough cloth mitt was carried in the soap case. Not only did the “Kese” scrape the dirt out of the pores, but it also delivered an invigorating massage. The soaping web, on the other hand, was especially woven out of hair or plant fibre.

A small jewellery box was often included for the bather to store her jewellery while in the hamam. Depending on the region, the box was made of silver, copper or wood. It was sometimes covered with wicker, felt, velvet or silver.

Three different towels were used for drying. One to wrap the hair with like a turban, one to wrap around the shoulders, and one around the waist.

The personal hamam carpet would be laid on the floor, then another cloth spread over it for the bather to sit on to undress. After each trip to the hamam the spread would be washed and dried, then folded away in the bundle until the next time.

The mirror was an indispensable item in the bath bundle. Its frame and handle were often made of wood. Silver or brass were sometimes used for those who could afford them.

Occasionally some bathers filled a bowl with henna upon arriving at the hamam to use on their hair. Besides the warm colour it lends, henna was used to strengthen the hair and make it glisten.

The “Rastik” was a tiny container, made of tinned copper, which was used to grind an eyebrow darkener, especially popular with the fair and auburn haired ladies.

No other perfume besides rose essence was considered proper for the newly washed woman’s body. A “Attar” of rose is a bottle kept in a wooden case and used to sprinkle the rose essence on the body and hair after the bath. It was inevitably found in the hamam bundle.

The outer bundle or bag, carrying the hamam equipment was heavily embroidered. Velvet was sometimes used as well as wool or silk weaves. It was always flashy and suitable to use on feast days and other special occasions.

The luscious Turkish hamam experience makes our daily bath or shower seem like such a trivial and insignificant affair in comparison!