Toxic People: What They Are and Why to Avoid Them 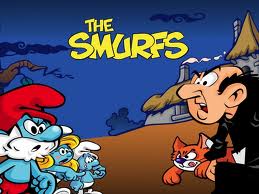 Long ago, before I was even diagnosed with depression (my first psychologist had said I was “highly neurotic”), I was a transcriptionist at an insurance company in Iowa. The woman who sat in front of me would sometimes become upset about something that happened and start to talk about quitting. This frightened me because she was the senior transcriptionist and I was a raw beginner who needed her help frequently.
I would try to calm her down but she would rant about everything that was wrong in our department, all of it true because it was not well run. I’d grow more and more unhappy listening to her until she went back to work leaving me feeling bad for some time.

Eventually, I noticed that after she unloaded her anger onto me, she was cheerful. She had successfully transferred all the negativity to someone else and could continue her day in a better frame of mind. This was the first time I recognized toxicity in another person.

This woman wasn’t entirely toxic. She could be gracious and helpful, and in fact, when I had surgery on my arm a few years later, she was the only one of my co-workers to offer assistance with my household chores (she did ALL my accumulated laundry). And once I knew not to absorb her negativity, we had few problems working together. But I’d begun to learn a valuable lesson: there are toxic people in the world.

They drain your energy. It may be that they get you to spend a lot of time and emotional strength trying to cheer them up. They may bombard you with their negativity so that you have to spend energy trying to fend it off. Perhaps their constant pessimism infects you, or they always make you angry. They may be leeches who feed themselves by making you give them your positivity.

People with mental illnesses such as bipolar disorder, major depression or even depressive tendencies are particularly susceptible to toxic people. We are more easily triggered than others. When manic or hypomanic, we may be less sensitive to depressive triggers – or we may not. During mixed or depressive episodes, or when we’re more or less stable, we are more likely to have a somewhat weaker grip on emotional stability than most people, making it easier for a toxic person to affect our moods. That’s not to say that people who do not have mental illnesses can’t be affected by the toxicity of others. But we are more vulnerable.

If you have an easy way to get this person entirely out of your life, you’ll be better off instantly. Of course, often it is not so easy, when the toxic person is a co-worker or family member or even a long-time friend. If it’s a co-worker, is there a good excuse like “I’m right under an air vent that’s chilling me” to get your desk moved? Perhaps you can say, “You really ought to talk to the supervisor/manager about this” and calmly return to doing your work.

With family members and friends, it may be more difficult. A seriously toxic friend may require that you gradually decrease the time you spend with this person over a period of months so it isn’t particularly noticeable. When the toxic person is a family member, it may be possible to get the person into therapy, which is often needed to solve the underlying issue behind the negativity. If not, you need to train yourself to “tune out” when the complaining, fault-finding and energy-draining behavior starts.

Toxic Situations
I had a supervisor who used to bring me a pile of two days’ worth of work and tell me she wanted it done by 2:00 p.m. I’d look it over, tell her it was impossible, and the fight was on. Sometimes we screamed at each other so loudly that people down at the other end of the floor would stand up to see what was going on. This happened again and again.

The next time my supervisor brought me an impossible stack and said she wanted it done by 2:00 p.m., I said, “I’ll try.”

And that solved the problem. Never mind that the work wasn’t done by the deadline. The important thing was that I had not said “impossible.” My supervisor and I never fought over work again.

This supervisor actually wasn’t a toxic person, but in this case, the situation was poisonous. In cases like this, the solution may be at your fingertips.

Ultimately, the answer is that you can’t change the other person’s behavior, but you can change your own. If someone you know always triggers depression, anger or tiredness in you, examine how you react when the negativity starts and see if changing your reaction helps. If your reaction doesn’t contribute to the problem, or you can’t make such a change, find a way to lessen this person’s presence in your life. It will be good for your health.

PrevPreviousAssociate with Positive People
NextPositive Thinking Your Key to SuccessNext