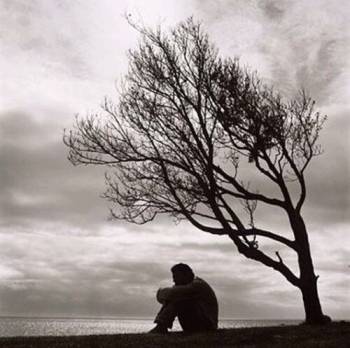 How Negative Emotions Affect Your Health

Have you ever considered the affect that emotions have on your physical body?

What fools indeed we morals are
To lavish care upon a Car,
With ne’er a bit of time to see
About our own machinery!
~John Kendrick Bangs

We often take our bodies for granted and neglect to maintain them in the way that they need.

Your body is a machine not much different than that of your vehicle which has parts that need to be kept in functioning order.  Imagine never changing the oil in your car; how long do you think it would continue to run?

And yet when it comes to your body you take it for granted and hope that it will keep going forever without having to do anything.  Even the energizer bunny runs out of fuel after a while.

We currently live in a time of fear based energies which all negative emotions fall under.  Whether its, anxiety, anger, resistance, guilt, shame, lack; they all result from fear.

Research has proven that positive emotions are critical for upkeep of physical health for people worldwide, and above all, those that are deeply impoverished.

In most cases we repress our emotions or deny that we even have them or we suppress them because somewhere in our lives we were told that they were bad.  Look at how boys from a very young age are taught that only sissy’s cry.  As a result they grow up not allowing their emotions to be expressed which is very damaging to their health.

When you repress or suppress your emotions it causes a block in your energy system which if not cleared out will eventually manifest in physical form in or on your body.  Disease as we know it refers to dis-ease in the body.

Every emotion that is held in the body affects the organs by slowing down the circulation which allows for toxins to accumulate.  For example, anger can eventually cause problems in the liver, sadness can create problems in the lungs which could result in respiratory problems, fear can cause blockages in the kidneys and intestines, worry to the spleen and lack of joy to the heart.

This is why your body may start to deteriorate or certain organs may begin to slow down and are no longer as effective.    It takes a lot of energy to repress your emotions and thus you begin to feel like your energy is depleting and you become very tired and less motivated.

So you can see that there is a direct link between our emotions and our health.  It isn’t that negative emotions are bad in any sense of the word in fact they are an expression of who you are.  What is harmful is when you deny either consciously or subconsciously that the emotion even exists or when you decide not to express it or for that matter you just plain ignore it.

All emotions come as a gift including the negative ones.  It is how we handle them that can create the problems.

So what are the solutions?

I’m going share a couple of the things that I teach people that work really well and that you can do right away to begin clearing any negative emotions that may arise.

1. First and foremost make the decision that whatever emotions arise for you, you will let them be there.

2. Secondly, ask the emotion to intensify itself. This may sound off the wall, however it does work.  We know that whatever we resist persists so if we are not allowing the emotion then we are resisting it.  By asking it to intensify we are accepting it for what it is and this alone will sometimes be all you need for it to release.

3. Thirdly, if you haven’t already let go of it then ask yourself why you are hanging onto it. If it is still there then it is serving you in some way.  This could mean that by holding onto it you don’t have to be responsible, you get to be right about something, or you get to blame or judge someone or something.  There is always a reason why you hang onto your negative emotions and there is also always a cost.

4. And fourthly, acknowledge yourself for doing the work. It is important to give yourself credit where credit is due.  You only have one body so treat it with tender loving care.

Do you feel exhausted after being with certain people? They may be energy vampires, draining your spirit and soul. Protect yourself from negativity in 11 ways.

Energy vampires drain your spirit and soul by depleting your positive energy. Energy vampires, such as drama queens, leave you feeling drained and listless. These 11 ways to protect yourself from negative energy will help!

After a visit with an energy vampire, you barely have enough energy to watch tv – much pursue your goals or take care of your life. The energy vampire’s negative influences consume your positive energy.

How Energy Vampires Drain Your Spirit and Soul

Energy vampires drain positive energy in many ways, such as:

But, there are ways to protect yourself from emotional vampires.

Energy vampires have often suffered some sort of crisis, whether in childhood or adulthood, and they’re compensating to get rid of their negative energy. Energy vampires may not be deliberately, maliciously stealing your positive energy — but they’re definitely not contributing to a fantastic relationship.

Energy Vampires may drain positive energy, but you can learn to stop them!

11 Ways to Protect Yourself From Energy Vampires

There are exciting developments in the field of complementary medicine, including the discovery of “energy medicine”, often called “vibrational medicine” or subtle-frequency healing. You may know some of its applications: acupuncture, acupressure, Reiki, homeopathy, magnetic healing or gem therapy. In ancient times, and still used today, the laying on of hands was actually a simple form of healing by energy transfer. Incantations, prayer and affirmations are other forms of what we now call “non-local” healing. Ever since modern physics identified the fact that everything that exists emits a unique frequency that affects not only its immediate environment but resonates and reciprocates effects at great distances, there has been a renewed interest in the burgeoning field of energy medicine.

Frequencies are generally measured in hertz, the lowest frequency, with a wide variance in frequencies emitted all the way to the most subtle energy bands, nine of which have been discovered and named by scientists. For example, most rocks emit low frequency patterns but rose quartz atoms dance much higher at 350 hertz. Hertz frequencies fall into two categories: harmonic and chaotic. The average human body in the toxic world we live in reads at approximately 62-68 harmonic hertz; electric lights read at 60 chaotic hertz. The wellness of the body is dependent on harmonic hertz. Chaotic hertz can kill us or damage body function to the degree that health and/or mental stability are in serious jeopardy.

Science on the Move

With the aid of modern technology we know that as the body’s cells are cleansed they resonate at levels increasingly subtle frequencies. Intuited research tells us that these frequencies can be measured by devices that are even now being developed. Intuitive rating scales can also be used. Once fully cleansed cells output subtle energy, which appears to be the basis for cellular self-repair given sufficient water for the amping of hydro-electric energy. And time! The body repair schedule takes up to a year for cell regeneration with soft tissue repair within just weeks. The more subtle the frequency, the healthier the cell.

Nobel Prize winner, Dr. Alexis Carrell, proved through his experiments that the cell was “immortal” by keeping a chicken heart alive for seventeen years. He reported: “The cell is immortal. It is merely the fluid in which it floats that degenerates. Renew this fluid at intervals, give the cells what they require for nutrition, and as far as we know, the pulsation of life may go on forever.”

Whatever we put in our body emits a frequency for good or ill. This is why it’s important which foods, supplements and medications we take. If the frequency “ceiling” of what we take in is low, it will inhibit the cell’s ability to vibrate at its optimal level. In other words, something measuring 10-Hertz can cause cells to resonate at the 10-Hertz level but no higher. Our intuited finding is that nerves repair at an extremely subtle frequency, so the best a low frequency product can do is to support the nervous system, but not repair/regenerate. You can easily discover for yourself whether the frequency of your supplement has accomplished its purpose because if you stop taking the supplement, the symptoms will generally re-appear.

Nearly one hundred years ago a uniquely structured water, which we refer to as “micro-crystalline” water, was developed through Russian research on glacier run-off from the Hunza region. The population in this remote part of the world tended to live with amazing health and vitality, 130 years or even longer. Of particular interest was the ability of structured water to “hold” information – the frequencies of herbs, gemstones and other “naturals”. As time went on it became obvious that when certain positive frequencies such as these met the negative frequencies of diseases, toxins, radiation or microbes, the problem frequencies were neutralized. Then the cells, restored to their natural function, were once again capable of producing the subtle frequencies necessary for cellular self-repair.

Dr. Richard Gerber, M.D., a traditionally trained medical doctor, wrote three books on the subject of vibrational medicine. In his book, A Practical Guide to Vibrational Medicine, he defines vibrational medicine as “the emerging science of utilizing various forms of energy for diagnosis and healing.” He also predicted that trained intuitives would be able to pick up the frequencies of malfunctioning organs while they were still in an early energetic state, creating the ultimate preventive medicine which will correct energy imbalances in the body before overt illnesses ever develop.

Dr. Gerber’s predictions are everyday news today. Google “medical intuitive”. Last we looked there were over 26,000 listed including Carolyn Myss, PhD., Caroline Sutherland, and Judith Orloff, M.D. The Energy Intuitive is the west field in the on going search for faster, easier and more effective ways to address the epidemic of illness on the planet today. And conventional medical tests are able to verify the amazing accuracy of their intuited readings.

For many “real world” pragmatists, talks of “healing frequencies,” “energy fields,” and “imprinted waters” are way beyond belief. Many scientists, however, as well as physicians and health practitioners, are now beginning to look at the benefits of energy medicine. Because many have tried it themselves they are better able to understand the subtleties of regained health through deep cellular cleansing.

We applaud these physicians, traditionally trained yet open to complementary and alternative therapies which has now moved into the realm of clearing cellular disinformation at the molecular level. When the old ways fail to serve us well, it is indeed time to look for answers elsewhere.

In early 2008 it became obvious that with the addition of cleansing frequencies over the years the human system begins to clear toxins beyond the cellular to the molecular level. At that point, after fifteen years of adding nearly 9000 subtle harmonic frequencies of herbs and other “naturals” to the formulas, something quite different was taking place.

The ceiling of system “homeostasis” was being shattered. Symptoms still apparent responded to the addition ever more subtle frequencies and once again the ceiling was vaulted through what we called the “Infinite Energy Field” with its millions of energy bodies. The four energy bodies the books reported had been surpassed.

Where does it all end? Hopefully the “Quantum Field” holds the answer to optimal wellness- radical wellness and longevity based on the purity of not just the physical body but the entire energy field of light bodies.