Distant Healing Put to the Test

Distant Healing Put to the Test 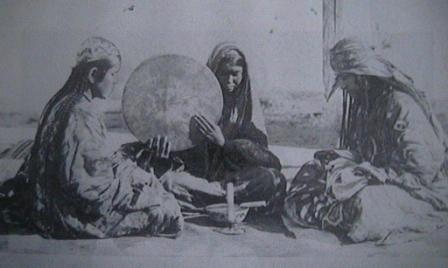 On an operating table at a medical center in San Francisco, a breast cancer
patient is undergoing reconstructive surgery after a mastectomy. But this will
be no ordinary surgery. Three thousand miles away, a shamanic healer has been
sent the woman’s name, a photo and details about the surgery.

For each of the next eight days, the healer will pray 20 minutes for the
cancer patient’s recovery, without the woman’s knowledge. A surgeon has inserted
two small fabric tubes into the woman’s groin to enable researchers to measure
how fast she heals.

The woman is a patient in an extraordinary government-funded study that is
seeking to determine whether prayer has the power to heal patients from afar — a
field known as “distant healing.” While that term is probably unfamiliar to most
Americans, the idea of turning to prayers in their homes, hospitals and houses
of worship is not. In recent years, medicine has increasingly shown an interest
in investigating the effect of prayer and spirituality on health. A survey of
31,000 adults released last year by the national Centers for Disease Control and
Prevention found that 43% of U.S. adults prayed for their own health, while 24%
had others pray for their health.

Some researchers say that is reason enough to study the power of
prayer.
“Almost every community in the world has a prayer for the sick, which
they practice when a member of their community is ill,” said Dr. Mitchell
Krucoff, a Duke University cardiologist and researcher in the field of distant
prayer and healing. “It is a ubiquitous cultural practice, as far as we can
tell…. Cultural practices in healthcare frequently have a clue. But
understanding that clue, learning how to best use it, requires basic clinical
science.”

Science has only begun to
explore the power of distant healing, and the early results of this research
have been inconclusive. In an article published in the Annals of Internal
Medicine in 2000, researchers reported on 23 studies on various distant healing
techniques, including religious, energy and spiritual healing. Thirteen of the
23 studies indicated there are positive effects to distant healing, nine studies
found no beneficial effect and one study showed a modest negative effect with
the use of distant healing.

The study of distant healing was once the realm of eccentric scientists, but
researchers at such prominent institutions as the Mind/Body Medical Institute in
Chestnut Hill, Mass., Duke University Medical Center in North Carolina and the
California Pacific Medical Center in San Francisco are involved in the field.
And the National Institutes of Health’s National Center for Complementary and
Alternative Medicine has spent $2.2 million on studies of distant healing and
intercessory prayer since 2000 — a small fraction of the agency’s annual budget,
which totaled $117 million in 2004.

Some people think even that relatively small sum of money is not being well
spent.
“You can’t use science to prove God,” said John T. Chibnall, an
associate professor of psychiatry at St. Louis University School of Medicine in
Missouri, who co-wrote a scathing rebuttal of studies on distant prayer
published in the Archives of Internal Medicine in 2001. “We shouldn’t waste the
money of the government showing that Jesus is ‘the man,’ ” Chibnall said in an
interview. “Faith is faith. Science is science. Don’t use science to strengthen
or diminish belief in God.”

While some scientists oppose such studies on religious or scientific grounds,
others question whether it is possible to devise a scientifically valid method
for measuring something as nebulous as the power of prayer.

What constitutes a “dose” of prayer? How does one define prayer? Is
channeling Buddhist intention or reiki energy the same thing as praying to a
Judeo-Christian God? And how do you determine whether it was prayer that made a
patient better, or something else, such as the placebo effect?

“There are enormous methodological and conceptual problems with the studies
of distant prayer,” said Dr. Richard Sloan, a professor of behavioral medicine
at Columbia University in New York. “Nothing in our understanding of our
universe or ourselves suggests how the thoughts of one group of people could
influence the physiology of people 3,000 miles away.”
For example, said
Sloan, unlike clinical trials where researchers can carefully monitor the dose
of medicine each patient receives, it is all-but-impossible for scientists to
control or quantify the amount of prayer directed toward a patient.

“People all over the world are praying for the sick,” said Sloan. “Friends
and family are praying for people in any control group. Unless you assume some
potency — that the prayers of certain people are more powerful than others — you
are talking about a tiny amount of prayer against the enormous amount that is
already out there. It is like taking a drop of water, putting it in Lake
Michigan and trying to detect the effect.”

Weighing the possibilities
One of the leading centers for such research is
the Institute of Noetic Sciences. Founded by Apollo 14 astronaut Edgar Mitchell
in 1973 and located on 200 acres of oak-studded hillside in Petaluma, the
institute describes its research mission on its website as “exploring phenomena
that do not necessarily fit conventional scientific models.”

Marilyn Schlitz, vice president of research and education at IONS and a
senior scientist at California Pacific Medical Center, is leading the study of
breast cancer patients.

For more than 20 years, Schlitz’s research interest has been studying whether
the human mind has hidden capacities to promote healing. Some of her projects
sound a bit far-out. She once studied whether off-site healers could revive
anesthetized mice. Another time, working on research funded by the Pentagon, she
conducted experiments designed to determine whether someone could provoke a
physiological response in a person in another room simply by staring at his or
her picture on a video monitor.

Her work continues to look at whether mind can influence matter.
“The
survey data is saying people pray, that they are using it as part of their
healing regimen,” said Schlitz. “Shouldn’t science look at that? … Maybe it
helps in certain kinds of conditions and not in others. Well, we cannot answer
that unless we take a rigorous, systematic look at what people are actually
doing.”

Early research
Cardiologist Randolph Byrd did the first major clinical
study on distant healing at San Francisco General Hospital in 1988. He divided
393 heart patients into two groups.
One group received prayers from
Christians outside the hospital; the other did not. His study, published in the
Southern Medical Journal, found that the patients who were not prayed for needed
more medication and were more likely to suffer complications. While it had
flaws, the study garnered considerable attention.

Since then investigators have continued to look at the possible effects of
remote prayer and similar distant healing techniques in the treatment of heart
disease, AIDS and other illnesses as well as infertility. Numerous experiments
involving prayer and distant healing have also been done involving animals and
plants. One such study found that healers can increase the healing rate of
wounds in mice.

“Critics often complain that if you see positive results in humans it is
because of positive thinking, or the placebo response,” said Dr. Larry Dossey, a
retired internist in Santa Fe, N.M., and author of numerous books on
spirituality and healing. “Microbes don’t think positively, and are not subject
to the placebo response.”

In the early ’90s, Elisabeth Targ and colleagues at the California Pacific
Medical Center studied the effects of distant healing on 20 AIDS patients.
Schlitz, who worked with Targ (who died of a brain tumor in 2002), said the
study found those receiving prayer survived in greater numbers, got sick less
often and recovered faster than those who did not. A follow-up study of 40
patients found similar results.

At about the same time, Duke University’s Krucoff was leading a small but
unusual experiment to determine if cardiac patients would recover faster after
angioplasty surgery if they received any of several intangible (noetic)
treatments. His study compared the results of healing touch, stress relaxation
and distant healing with standard care.

Spiritual healers from around the world — including Jews leaving prayers at
the Western Wall in Jerusalem, Buddhists praying in monasteries in Nepal and
France, Carmelite nuns in Baltimore offering prayers during vespers, and
Moravians, Baptists and fundamental Christians praying during church — each
simultaneously prayed for one of several designated groups in the study.
All
of the groups did better than the standard care group, with those receiving
distant prayers doing best. He has since completed a larger, multi-site study.
That study — the largest to date — is currently under review for publication in
a medical journal.

The IONS and California Pacific study, which will be completed next year,
will follow 140 breast cancer patients who have undergone reconstructive
surgery. At the time of the surgery, each patient has two small, spaghetti-like
tubes of Gore-Tex implanted in her pubic area to measure how much collagen is
deposited as her wound heals.

The study is designed to address one of the primary concerns raised by
critics of distant healing research: that the studies are not designed to
account for a placebo effect.

Researchers have divided the patients into three groups. One group will be
prayed for but will not know of the prayers; another will be prayed for and will
be told of the prayers; and a third group will receive no prayers and will be
told nothing. The healers who will do the praying must have years of experience
in distant healing and come from varied traditions — such as shamanism,
bioenergy and reiki.

After eight days, the tubes will be removed and collagen growth in the wound
area will be analyzed — an accepted scientific method to measure wound healing.
The rates of healing of the groups will then be compared.

But even some who believe in prayer’s power to heal concede the difficulties
of designing a good study.

“I do believe distant intention works,” said Dr. Loren Eskenazi, a California
Pacific Medical Center surgeon who is working on the study. “I don’t know how,
but it works. But it is so hard to design a study that works. We don’t know the
mechanisms. Is their whole church praying for them? That could skew the results.
If someone wishes [a patient] ill, that could void the results.”

Mary Destri, 43, a reiki healer who is participating in the study, also had
misgivings about the study design. She said she had participated as a healer in
other scientific experiments, but had typically been given more information
about the patient.

“This is the first time I’ve ever worked on someone I’ve never met, the first
time I’m working with someone I have no access to, cannot communicate with,” she
said. “It helps with intentionality to have a sharper focus.”

Dossey said such concerns were a challenge for researchers.
“I think you
can sanitize the process so greatly you eliminate the effect,” he said. “They
are taking prayer out of the real life context to the extent that you wonder if
this has a real life applicability. People in real life tend to pray for people
they know and love. Healers will say if you want healing to work it has to
include a factor of profound love and compassion. Many of these randomized,
controlled trials virtually eliminate any knowledge whatsoever of the
subject.”

As a cardiologist Krucoff has seen many patients near death. He says that
what determines their survival often reaches beyond technology and medicine.
Whether you call it chi, faith, divine energy or placebo, this intangible factor
makes a difference, he says.

“We are pretty good at doing studies on the safety and effectiveness of pills
and procedures,” said Krucoff. “We have a well-established approach to figure
out what the risks and benefits are likely to be….

Could you inadvertently kill someone with a loving prayer? Not too many
theologians want to have that discussion. But in healthcare, these are
fundamental questions.”