Course at a Glance

This course covers chemicals in our environment and in our bodies and how they impact our health. It addresses policies and practices related to chemicals, particularly related to how they get into our bodies (exposures), what they do when they get there (toxicology), how we measure them (biomonitoring) and their impact on our health.

Chemicals make up every part of us! Some chemicals are vital to our health, while others may be harmful. This course focuses on the potentially harmful effects of some of the many chemicals we encounter every day, with particular attention to measuring our exposures to these chemicals.

While personal care products, food packaging and other consumer conveniences have greatly improved our quality of life, they have also introduced the opportunity for exposures to many new and not-well-understood chemicals. Studies, including the Centers for Disease Control and Prevention’s (CDC) National Report on Human Exposure to Environmental Chemicals, confirm that widely-used chemicals such as bisphenol A (BPA) and flame retardants are routinely found in human blood or urine.

At the end of this course, students will better understand chemicals in the environment, exposure, toxicology, biomonitoring, and related public health and policy implications. 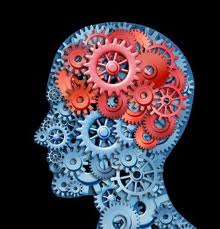 Since language is simply a representation of our experience, we therefore possess the  power to transform our past experience by retelling our story to our self.  The ability to change personal history is key to a healthy emotional state of being. Most of us are still caught up blaming others for all that “went wrong.” Perceptions can be changed. We control our history.  We create our future

All Praise be to GOD, Lord of the Worlds.
This (book) is a guidance for those who believe in the unseen (ghaib غيب) [Quran Ch 2. V.2-3]. Our limiting beliefs create barriers; blocking us from belief in more than the ‘ordinary’. Discarding barriers and limiting beliefs is key to unveiling and ascension.

Arabic newspaper Al Sada reported the above sighting. Reports suggests the object may of been a “meteor or debris of a Chinese rocket. “

“Few people from within major governments have known for most of that time that indeed some so called UFOs are alien space craft. (Stanton Friedman, UFO Lecture, Riyadh Saudi Arabia).

In a time where subjects concerning UFOs, Alien life forms, ET abductions, sightings and human and government contact with ET’s were mocked, sidelined, deliberately covered up and considered outright dubious, we are now being told through public government forums and bodies to embrace these theories. The 2011, 5th annual Global Competitiveness Forum in Riyadh, Saudi Arabia had a panel of world renowned scientists and Leaders in UFO research to discuss its validity and potential for the advancement of global business.
Jacques Vallee, a computer scientist, venture capitalist and long-time UFO researcher was among the speakers, as well as physicists, Dr. Michio Kaku and Stanton Friedman, author and journalist, Nick Pope, who worked for the UK Ministry of Defence investigating UFOs, and Dr. Zaghloul El Naggar, an accomplished and well respected professor of earth sciences were among the speakers.The UFO section of the event was called Contact: Learning from Outer Space, and was moderated by Harvard business professor, John Quelch.

There seems to be an outbreak of highly organized global forums covering space exploration, Aliens and human contact with ETs are being openly discussed. Decades of controversy persisted silently converting oceans of skeptics into believers. Leaders of the scientific community, more than ever, are not only writing about Alien phenomena but have successfully been able to collaborate with government bodies in order to increase mass awareness. Age old theories, paranormal experts and experienced mediums continue to tell us that for time millennium, ET’s, who belong to a  highly superior advanced civilization, have always been in contact and collaboration with human civilizations, empires, modern day governments and leaders. Ufologist, Grant Cameron wisely aquatints his audience with what global governments are doing today,

“Government agencies, at various times, perceive a need to release some UFO information to the public. Some, definitely not all. How do they do it? Always via avenues that leave no one at risk. That means ensuring there is no direct connection between the agency and whomever is doing the actual releasing. It also means the necessity of mixing in some false information. It means, ultimately, to tell the truth, but tell it slant. Until there is a full disclosure of the UFO/ET reality, deniability will remain paramount to those in possession of this great secret”

Restated by physicist Michio Kaku, we are now in a time where our governments are openly acknowledging this subject and are preparing their respective nations for the Type 1, Type 2 and Type 3 and 4 Civilizations. Is it unusual that Riyadh, capital of Saudi Arabia, holds a conference wherein UFO and ETs are openly lectured on by world class scientists and lecturers? Statistics tell us that more that 4 million Americans have experienced Alien contact in one form or another.  Are lectures like these akin to massive immunization shots? “A large part of the available UFO literature is closely linked with mysticism and the metaphysical. It deals with subjects like mental telepathy, automatic writing and invisible entities as well as phenomena like poltergeist [ghost] manifestations and ‘possession.’ Many of the UFO reports now being published in the popular press recount alleged incidents that are strikingly similar to demonic possession and psychic phenomena….” states Lynn E. Catoe.  All in all,  It’s hard to say and at time in regions like ME; even more dangerous to discuss.

In our Atlantis article, posted in May, we shared a dream (below) which alludes to the subject of ET Phenomena.